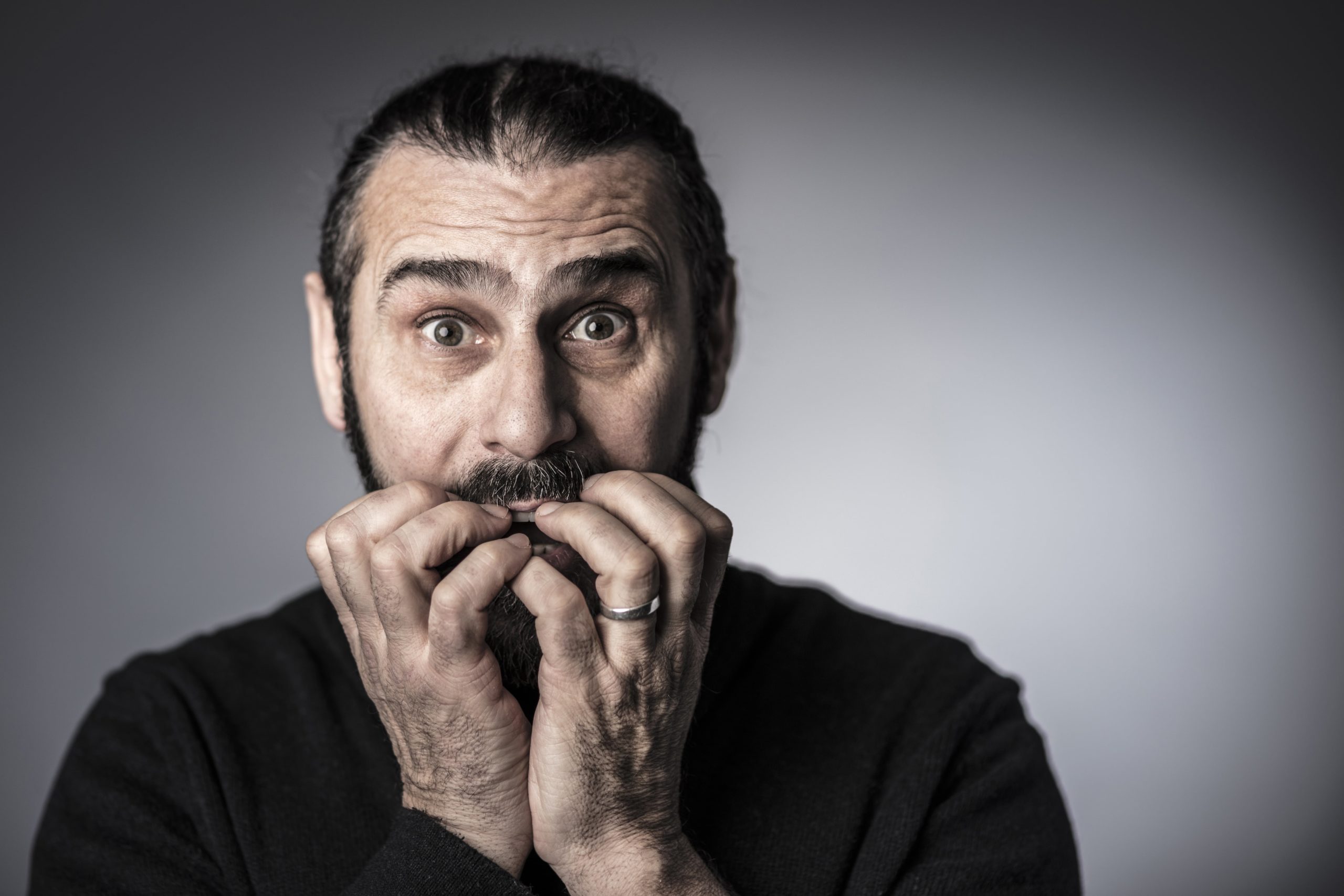 We sat down with Beaux Pilgrim, an insurance agent in Louisiana. We discussed some of the craziest claims stories we’ve seen over the years. These are some really good stories! Watch the video above or read the transcript below. You won’t be disappointed!

Today we wanted to come together and share some crazy claims stories and there’s a ton of them. They’re never ending. All kinds of crazy things that happen in the insurance world, believe it or not, it’s not all boring.

Yes, we’re not just boring people sitting at a desk, fun stuff does happen. So today we’re going to give you a few stories we hope you enjoy.

But let’s get started – when I remember when I first started working in the insurance industry, I had this claim where I had an adjuster call me about a claim that was going on. It was a certain area where the insured’s tree fell on the neighbor’s fence.

Fell on the fence and then also fell on their septic system. You know, we live in a rural area and a lot of people have a septic system instead of having a sewer system. So you know what goes in that, right? Yeah. Well the tree fell over, there was a claim, well it was just, we had a wind storm come through and it knocked the tree over causing the damage. And well that is what’s technically called an act of god, which is not typically covered on any liability.

Well, the adjuster called me and said, hey look beaux I’ve got this situation and I’ve not ever seen anything like this before and I’m thinking like, ok, this is kind of crazy because look, claims adjusters see all kinds of things all the time. Well he starts to tell me, he said, look, you know, the tree fell over on the septic system.

Oh my gosh, so they’re having a fight a poop fight good stuff. And that is impressive when you stump a claims adjuster. Yes. They’ve never seen it. That’s impressive. Yes, definitely.

So you got a claims story you’d like to tell about. Yeah. So we have this client that nobody liked in my agency anytime she called the csr, my customer service representative, she would get upset. She wouldn’t want to talk to her. Just one of those clients that just bugs you all the time.

Okay. Also, I love to watch the news. I watch the news every morning. I was watching my favorite news channel and I noticed the weatherman was, it was not there. And they said, hey, I forget his name. I shouldn’t say his name.

They said he’s not in today. He was in an accident. Hopefully he’s okay. And I thought, okay, let’s see what happens. Then. I’m watching the news the next day and he’s back. And he said, yeah, I was in a car accident, but I feel fine, but I probably should call lerner and rowe, I don’t know if you know learner and row they’re huge here in arizona, but they’re like your personal injury attorneys and I kind of laughed to myself and I said, dude, you’re back at work the very next day. It couldn’t have been that bad.

So then fast forward a week or two and I get a call from this client, she sheepishly tells me, hey, my daughter last night or my daughter a few weeks ago. Who, who doesn’t live with me and who actually we aren’t on good terms. She broke into my house last night into my garage and stole my car.

Oh my god. And I shouldn’t say nighttime, I should say like morning time, like 3 or 4 o’clock in the morning. She was high as a kite took her mom’s car, driving it down the road in the wrong direction. This weatherman on his way to work because he’s on the morning news.

She has a head on collision with this guy. Oh, it could have been a lot worse. But obviously we know it wasn’t that bad because he was at work the next day. I was like, you’re making this up. So then she filed the claim. I didn’t think they were gonna pay the claim because of the permissive use.

You know, if you, if you do not have permission to drive that car, they could technically deny it. I didn’t think they were going to they were suing my insured for the full $300,000 policy limit. The insurance company. No questions asked just because of the situation, they paid the $300,000 and then get this. This is the best part, literally two weeks after the payout to the weatherman, he retired.

Imagine that! Of course he did. He was probably gonna work another year or two. But then he got his pay day of 300,000 and he retired, wow, that is crazy.

You Can Never Trust Your In-Laws!

It reminds me of a claim that we had actually just a couple of years ago we had a client that was inside the city. I live in a rural area where they were inside of the city that’s close by was stopped at a red light and someone rear ended them.

He comes in and says, man, he said you know one of my passengers, he’s my brother in law, he’s suing me, oh my gosh. He’s like, you know, he just stops for a second. Like he’s obviously upset and he’s like, can you do that?

And they’re like, well, unfortunately yes, but anyway, that’s family man. That’s messed up. Oh no kidding. Well he did wind up with the good news is that he did wind up dropping it okay. But the other, the other person’s insurance did wind up taking care of whatever the different damages were that were at least in my opinion in his mind.

But but anyway, it didn’t take care of it that just goes to show you like you honestly can never trust anybody. There’s a lot of times where people say, oh, I don’t need that coverage I don’t need this because my family would never do this or that would never happen. You never know.

You know, let me tell you one more, one more than I have. So this was about two years ago. I have a client, very good client. She owns a condo and her daughter actually lived in the condo. She was college age.

Right. After about two weeks, the daughter finally realized, wow, my mom is actually right, something does smell really bad. It got so bad to where the daughter couldn’t even live in the condo, they couldn’t figure out where the smell was coming from. They had no idea, but it got so bad.

Her clothes started smelling, her furniture started smelling like there was no way to get rid of the smell, but they couldn’t figure out what it was. So after a few more weeks they find out her neighbor had died and he had been sitting in the house, and keep in mind we’re in arizona, we’re in the middle of the summer.

If this guy died, who knows if his a c. Was on, I mean he’s in a house that’s 120 degrees and he had been there for like a month and the smell was so bad and they’re living condos to where everything is so close together, it just permeated into, into her condo, they had to take the clothes out and clean them, they had to remove the furniture, basically.

Anything inside the house they had to take out and get cleaned, like repaint and everything. Yes, yes. And it turns out it wasn’t just her condo but all the surrounding condos, it ruined all of them with the horrible smell. Imagine the condo itself where the person died. Yeah, that’s that’s a whole other story but that that just goes to show too.

Kill The Demons With Fire!

I mean there are so many different claims scenarios, you never know what’s gonna happen. Oh, I know it, I got one more scenario I’m gonna tell about. So we had this client that had a fire. Okay, it was a pretty large fire. Several 100 thousands of dollars.

Fire department responded. You know, there was all kinds of different rumors going through the area and we’re like really small rural area and wind up climbing out. Finally the person that started the fire, he got arrested and the story that comes out is the guy was high on crystal meth. Oh my gosh, thought he was seeing demons and to combat them.

He was setting toilet paper on fire and throwing it at it from what I understand. You know, if he starts the fire in the room and runs out hollering, I did it, I did it, I had to burn those demons. Oh my gosh, just unbelievable.

You know, the things that people do just can’t make it up. No, absolutely not. But you know, but the thing that all these stories tell you about though is that you know, you’ve got to make sure you’ve got your coverage right here because you never know when some sort of crazy claim is going to happen.

Absolutely. That could just potentially just ruin you financially. Absolutely. That’s why you should always make sure you get a really good trusted agent, like, like michael overstreet. Absolutely. And like beaux, you know, beaux knows.

Alright guys. So those were some awesome stories, some good laughs that just goes to show you the importance of having a good policy, educating yourself, having an agent that can educate you to make sure you have the right coverage because you literally never know what’s gonna happen exactly.

You don’t know. I’m still just sitting here scratching my head over the whole thing with the anchorman. Right, right, that’s crazy. Or I mean, who knows? You could be tomorrow, your neighbors could start throwing poop.

And we’ll see you in the next video. Alright, bye.